Sounds Of The Cider Mill 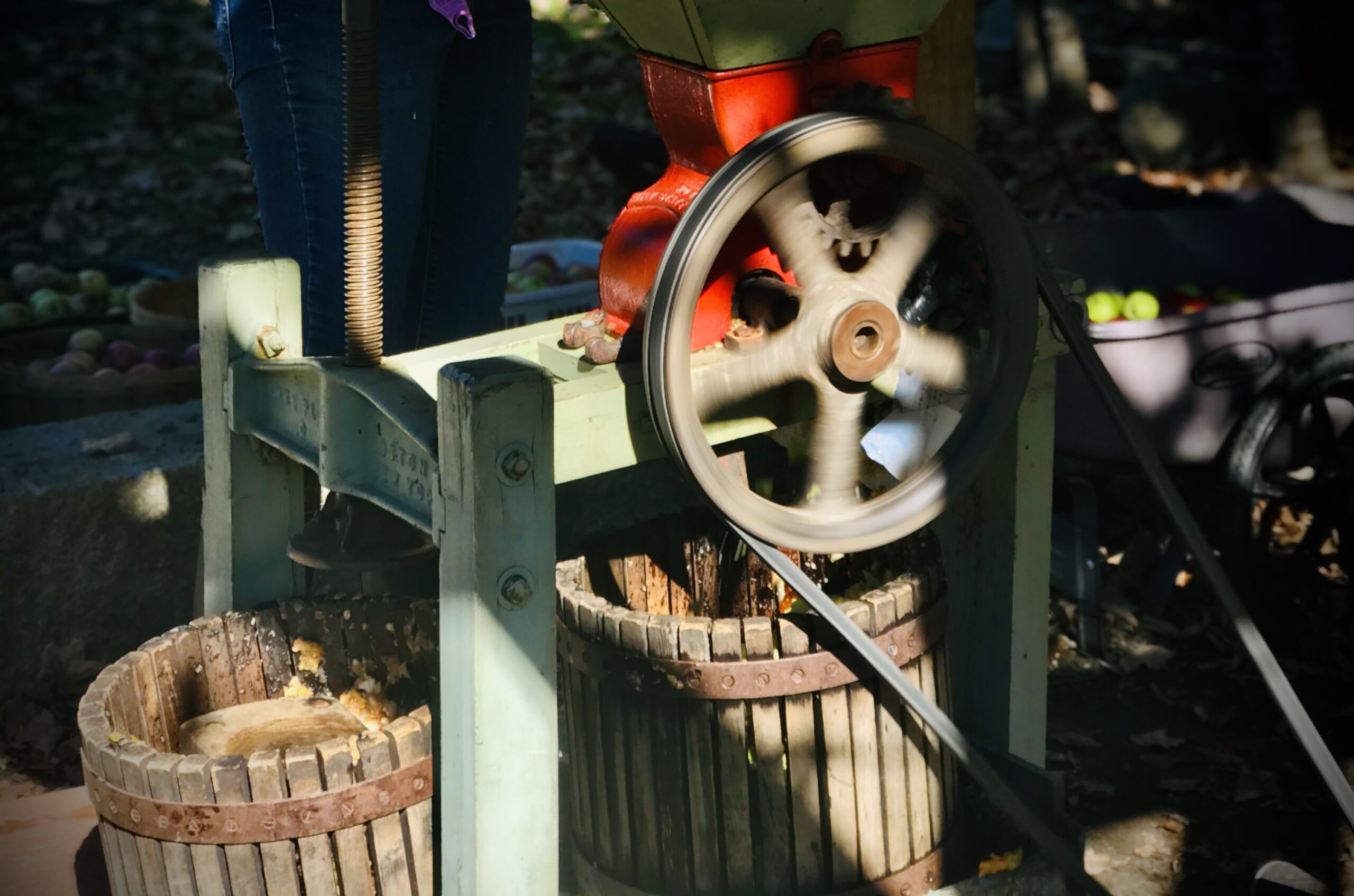 It’s that time of year again – the apples look great and it’s almost time to start pressing cider! The distinctive cadence of the timeworn motor on VWHH’s cider mill sounds like fall to us!  The late 19th/early 20th century Ames Plow Company double tub cider mill (electric motor is a  later addition) is composed of a grinder run by an electric motor that first chops up the fruit and a hand-turned press that then squeezes out the juice. Together, the grinder and press equal a “mill.” In 2021 VWHH produced 18 gallons of cider from apples grown on the Homestead grounds. Click on the video to hear it in action!